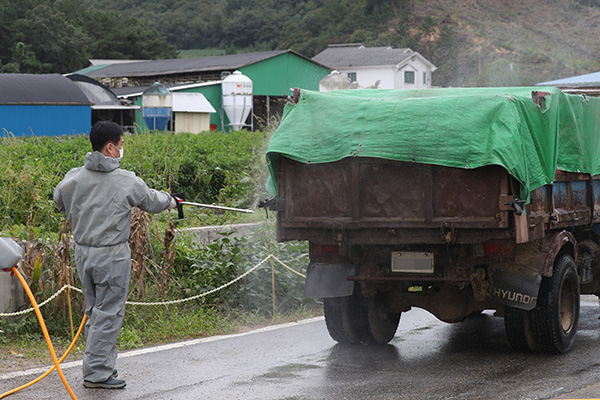 Another suspected case of African swine fever(ASF) reported on Monday proved to be a false alarm after a test for the disease turned out negative.

The Ministry of Agriculture, Food and Rural Affairs said on Tuesday that the suspected case, reported at 6:30 p.m. on Monday at a farm in Hwaseong City in Gyeonggi Province, tested negative.

It was the second suspected case reported from south of the capital region. A suspected case was reported in South Chungcheong Province on Sunday but later tested negative.

Since the first ASF case emerged September 17 at a farm in Paju, Gyeonggi Province, eight more cases have been confirmed.
Share
Print
List