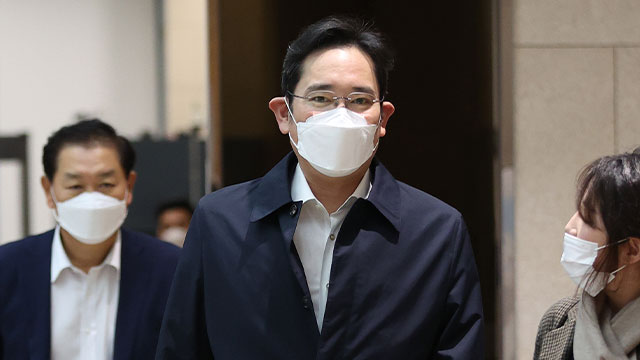 Samsung Electronics Vice Chairperson Lee Jae-yong is unlikely to appear in court for his trial set to begin this week, as his father Lee Kun-hee died on Sunday.

The Seoul High Court plans to hold the first pretrial hearing on Monday in a trial for Lee's involvement in a bribery and corruption scandal surrounding jailed former President Park Geun-hye. The court already sent a summons to Lee.

However, Lee, the only son of his late father, is expected to play the role of chief mourner for the next few days, receiving mourners at a memorial altar to be set up at a hospital in southern Seoul.

Lee's side reportedly said that his lawyers will attend the hearing, without mentioning whether Lee will appear or not.

The defendant is not required to appear for the hearing, in which the court confirms the stances of the prosecution and the defendant and discusses key legal issues and the trial procedure.
Share
Print
List