Archbishop Received by Pope as New Head of Congregation for Clergy 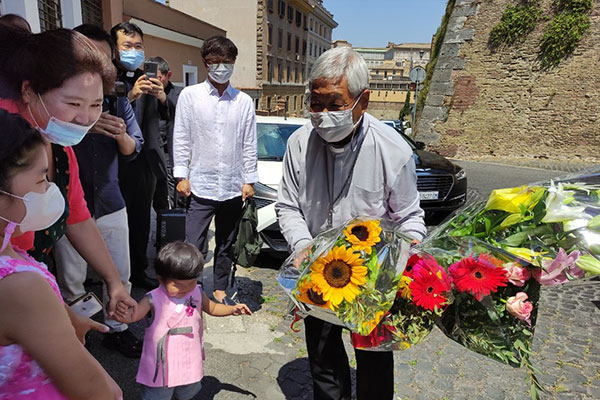 Archbishop Lazarus You Heung-sik was received by Pope Francis for the first time since he took office as the first South Korean prefect of the Vatican's Congregation for the Clergy.

According to Vatican sources on Thursday, the 50-minute meeting took place on Tuesday, a day after You began his duty.

The pope reportedly thanked You several times for taking the post upon his request, saying his office and residence will always be open for support.

The Congregation for the Clergy oversees matters regarding close to 500-thousand priests and deacons not belonging to religious orders, as well as seminaries.

You is the first South Korean and second Asian priest to have been appointed to the secretary position, reflecting growing support for Pope Francis' will to open key Vatican posts to priests from outside Europe.
Share
Print
List