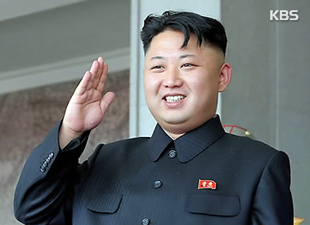 North Korean leader Kim Jong-un has stressed the importance of a monolithic leadership.

The North’s state-run Korean Central News Agency said Kim spoke about the importance of sole leadership on Tuesday at the closing ceremony of the eighth Conference of the Ideological Officials of the Workers' Party.

The report said Kim emphasized in a speech that the ruling party's ideological projects should mainly focus on firmly establishing a monolithic control system.

He said despite the party’s endeavors to firmly establish such a system, the party failed to detect in advance the emergence of a "modern-time faction" within the party.

Kim apparently was talking about his uncle, Jang Song-thaek, when he mentioned a "modern-time faction.” Jang, once the second-most powerful figure in North Korea, was executed last December after a special military tribunal found him guilty of treason.

The news agency also quoted Kim as saying betrayal of the party ideology will lead to factional activities that are anti-party and anti-revolution.