PM Calls for Protection of Outdoor Laborers Amid Heat Wave 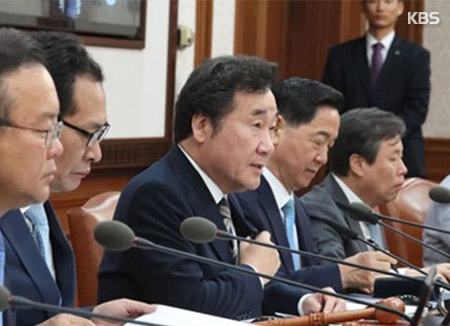 Prime Minister Lee Nak-yon has instructed officials to dissuade outdoor laborers from working under the scorching sun if possible as the country remains gripped by the unremitting heat wave.

The Prime Minister’s Office said on Wednesday that Lee made the instructions to related government agencies early in the day as precautionary measures against the extreme heat.

His instructions were largely focused on those engaged in manual or outdoor jobs in public housing or infrastructure construction projects so they would stop working in the middle of day when temperatures are at their highest.

The orders were given to the Ministry of the Interior and Safety, Ministry of Land, Infrastructure and Transport and the Ministry of Employment and Labor, among other agencies. The private sector will also be advised to follow Lee’s instructions.

The prime minister also urged the officials to actively recommend to farmers and fishermen that they stop working during the heat wave.

Meanwhile, the Ministry of the Interior and Safety held an emergency internal meeting to discuss possible countermeasures to the high temperatures.

Sprinkling water on the roads and raising public awareness about how to cope during severe hot weather were among the measures decided to be implemented to help minimize the loss of lives and properties from heat waves.
Share
Print
List