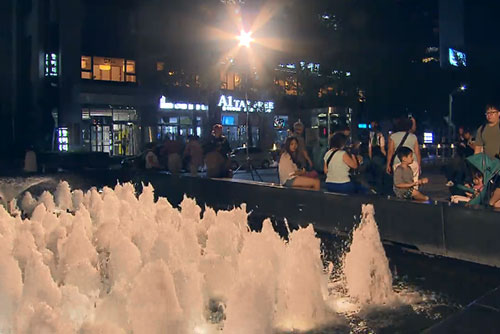 Tropical nights have continued in Seoul for eleven consecutive days.

That's the term for when temperatures exceed 25 degrees Celsius from six p.m. through nine a.m. the following morning.

The Korea Meteorological Administration(KMA) said Seoul’s temperature hovered at around 27-point-eight degrees Celsius or more overnight through the small hours of Wednesday morning.

Many other cities have been experiencing tropical nights as well, including Incheon, Suwon, Daejeon, and Gwangju.

The KMA said such nights will likely continue as day time highs soar to 35 degrees or higher.
Share
Print
List