Moon's Adviser: War-Ending Declaration Will not Affect Alliance with US 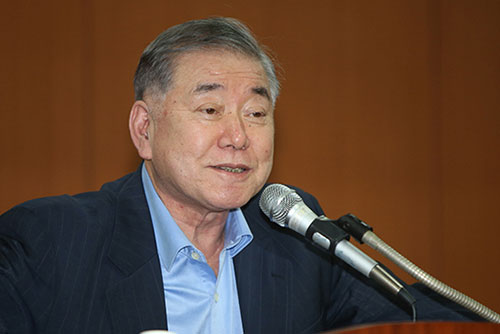 President Moon Jae-in’s special security adviser says a declaration to formally end the Korean War will not lead to U.S. troops withdrawing from South Korea or cause a schism in the South Korea-U.S. alliance.

Moon Chung-in made the remark in an interview with Yonhap News on Thursday on the sidelines of a seminar held on the ROK-US alliance in Washington D.C.

Moon argued the declaration is only a symbolic move that will make official their will to end hostility between the two Koreas as well as between the North and the U.S.

He said that until the concerned parties sign a legally binding peace treaty, the armistice will be in place in which the basic structures of the Military Demarcation Line and the UN Command are maintained.

He said the war-ending declaration should ultimately head in a direction in which building a peace regime in the region is linked with North Korea's denuclearization.
Share
Print
List