Diverse Events Set for October to Celebrate Month of Dokdo 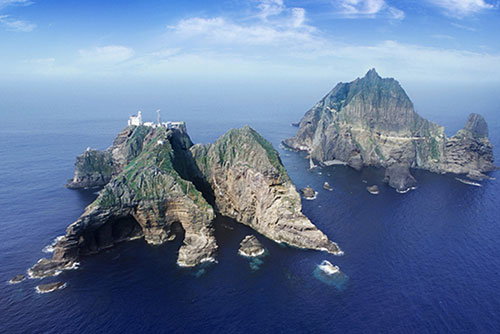 Anchor: October has been designated as the Month of Dokdo. The aim of the designation is to raise awareness of South Korea's eastern most territory, which Japan often lays claim over.
Lee Bo-kyung has more.

Report: North Gyeongsang Province said on Monday it will hold diverse cultural events this month to promote global awareness of the country’s Dokdo islets in the East Sea.

To mark the Month of Dokdo, the province will hold a cultural festival on Friday in the eastern coastal city of Pohang and an international music festival at Gwanghwamun Square in Seoul on October 25th.

A series of academic forums are also scheduled. Dokdo Institute in Yeungnam University will hold a conference to compare South Korea and Japan in education on Dokdo, while the Dokdo Foundation will host a symposium on the East Sea and the islets.

An institute at Daegu Haany University is set to hold a conference on Ahn Yong-bok, a fisherman in the Joseon era who crossed the East Sea to Japan in order to defend Korea’s sovereignty over the Dokdo and Ulleung islands.

Last Friday, North Gyeongsang Province and the Dokdo Foundation jointly launched a hall to promote the Dokdo islets at the center of the association of Koreans in Atlanta in the U.S.

An official of the province urged the whole nation to learn the accurate history of Dokdo and actively publicize it around the world.

The province designated October as the month of Dokdo in July 2005 to celebrate the day when Emperor Gojong of the Daehan Empire officially designated Dokdo as part of its Ulleung Island in the East Sea on October 25th, 1900. The day was later designated as Dokdo Day.
Lee Bo-kyung, KBS World Radio News.
Share
Print
List