US Special Envoy to Visit S. Korea Next Week 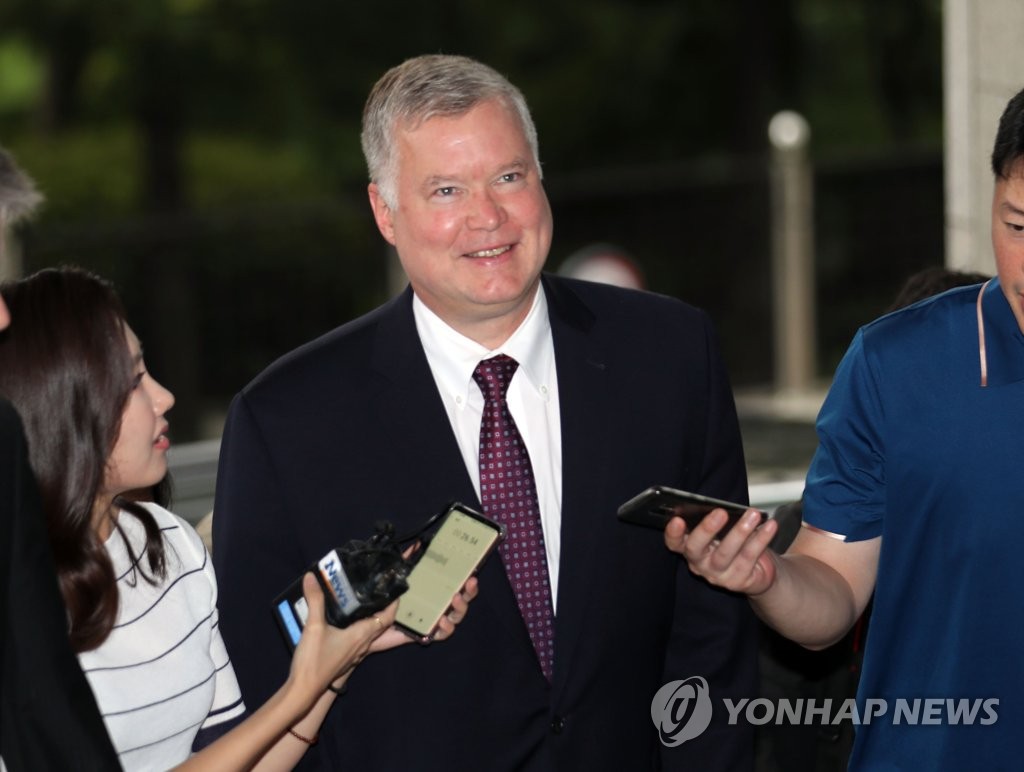 The U.S. special envoy for North Korea will visit South Korea next week to coordinate steps for the North's denuclearization.

The State Department said in a news release Thursday that U.S. Special Representative for North Korea Stephen Biegun will visit Seoul Monday and Tuesday to meet with his South Korean counterparts on diplomatic efforts to achieve the final, fully verified denuclearization of North Korea.

Biegun and his South Korean counterpart Lee Do-hoon held talks on the matter in Washington earlier this week.

Lee later told reporters that they also talked about a possible road map for a second U.S.-North Korea summit and corresponding measures for the North's denuclearization, as well as how the two allies can rally the support of China, Russia and other nations.
Share
Print
List