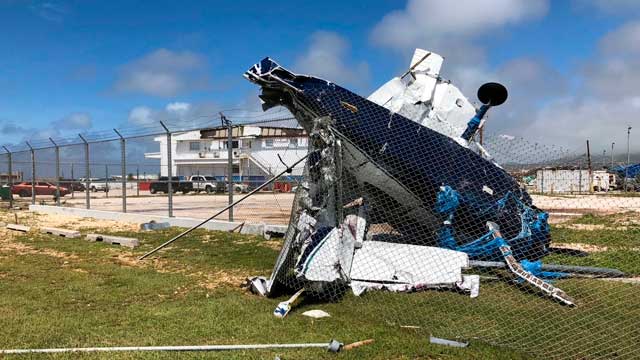 Report: Pounding rains and howling winds from Super Typhoon Yutu have been flipping cars and knocking down hundreds of power poles on the Western Pacific island of Saipan.

At least one death has been reported from the storm following a building collapse.

Flights out of Saipan’s international airport have been canceled until at least Saturday, leaving some 17-hundred South Koreans unable to return home for now.

Tourists told KBS they are without electricity or running water.

[Sound bite: S. Korean tourist in Saipan (Korean)]
“We couldn’t extend our hotel stay because there aren’t many rooms. Locals came to hotels to take shelter.”

The Foreign Ministry in Seoul says it is monitoring the situation closely, and Foreign Minister Kang Kyung-hwa says the government is considering sending a military plane to bring stranded Koreans home.