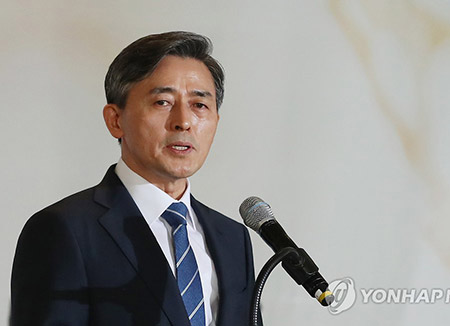 KBS' board of directors on Wednesday chose him as their final candidate after interviewing him and two others, Kim Jin-soo and Lee Jung-ok, early in the day.

Yang will serve his three-year term from November 24th if he is approved by parliament and President Moon Jae-in.

The former producer took up the post in April and has been serving out the remaining term of former KBS President Ko Dae-young, who was dismissed over his alleged role in hurting the broadcaster’s fairness and its internal democratic decision-making process.

Yang said he was thankful for the latest nod but also feels heavy responsibility, adding he will do his best to overcome the crisis faced by public broadcasters and win back public trust. He also vowed to strengthen KBS’ competitiveness based on leadership, innovation and integration.
Share
Print
List