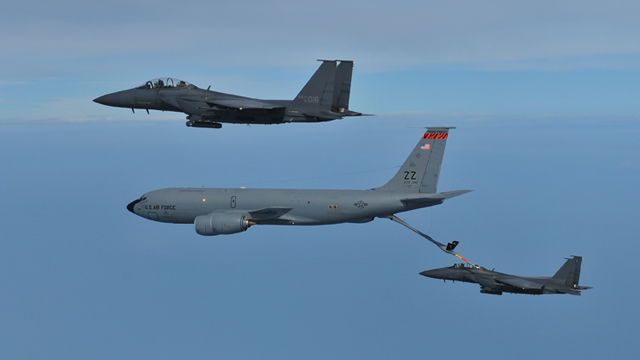 A military official said on Sunday that the Air Force's first tanker will arrive at Gimhae Air Base in South Gyeongsang Province on Monday and go through an acceptance inspection for a month before being put into operation next month.

The 59-meter-long, 60-meter-wide tanker can carry up to 108 tons of fuel and is expected to permit fighters to stay airborne about an hour longer than at present.

The Air Force plans to introduce three more tankers next year, all of them built by Europe's Airbus Defence and Space.
Share
Print
List