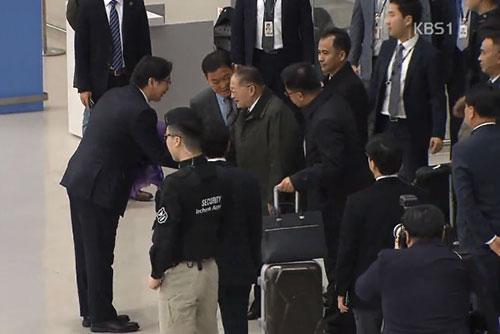 Two North Korean officials have canceled a scheduled visit to the South for a peace conference.

One of the North Koreans, Kim Song-hye, is a key official in inter-Korean affairs and negotiations with the U.S..

She had been expected to meet with South Korean officials to discuss inter-Korean relations and other issues during her visit.

Kim accompanied the North Korean leader's sister Kim Yo-jong to South Korea this year, and joined Workers' Party Vice Chairman Kim Yong-chol on a visit to the U.S. in May.
Share
Print
List