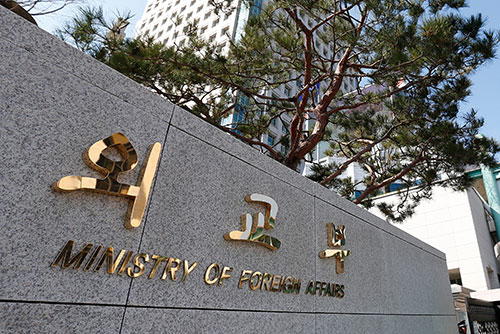 South Korea has reiterated its stance that it will maintain sanctions on North Korea until the complete denuclearization of the regime is assured.

The South Korean Foreign Ministry relayed the government’s position on Wednesday in a written report to the National Assembly’s Special Committee for Inter-Korean Economic Cooperation.

The report said the South Korea-U.S. summit last week also reaffirmed that it is important to maintain the existing sanctions until the North implements complete denuclearization.

The stance is in line with President Moon Jae-in’s remarks made during his trip to Europe in October that an irreversible advance in denuclearization is the prerequisite for easing North Korea sanctions.

The ministry also said that inter-Korean cooperation projects are aimed at giving an impetus to the North’s denuclearization by offering the regime visions for a bright future, noting the South Korean government is first seeking projects that can be implemented within the framework of sanctions.