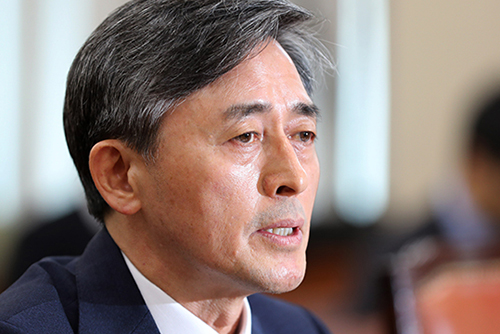 KBS' board of directors selected him Yang to continue leading the country’s public broadcaster in October.

Following the board's request for presidential approval, the National Assembly’s Science, ICT, Broadcasting and Communications Committee held a confirmation hearing on him on November 19th.

However, the rival parties failed to adopt a report on his confirmation hearing due to different views until last Thursday, the deadline for the parliament to send a report to the president.

The former producer took up the post in April and has been serving out the remaining term of former KBS President Ko Dae-young, who was dismissed over his alleged role in hurting the broadcaster’s fairness and its internal democratic decision-making process.
Share
Print
List