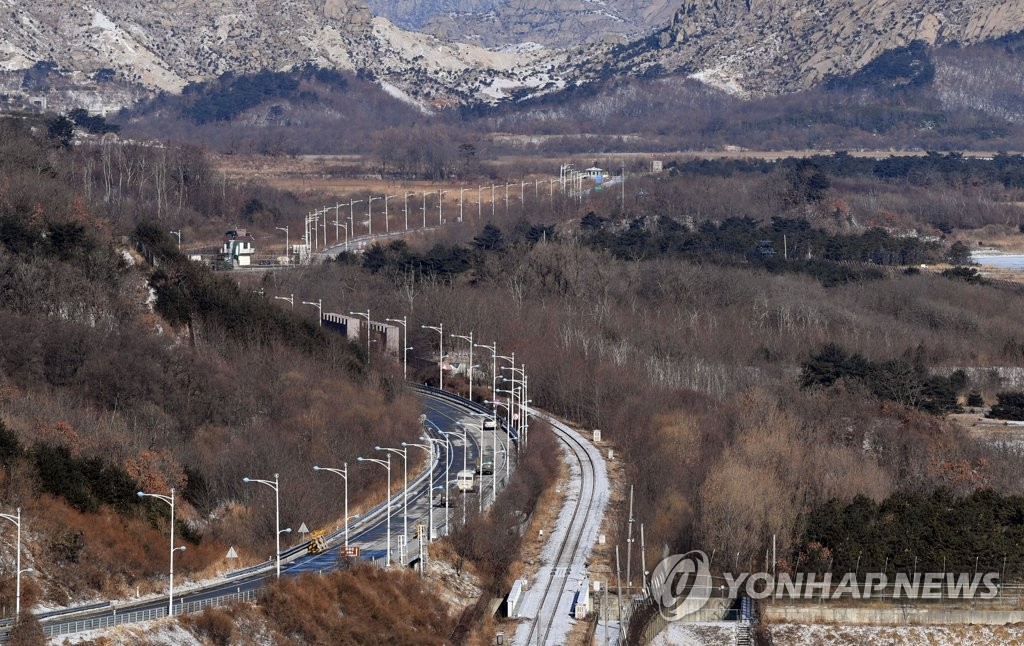 South and North Korea have launched a four-day joint field inspection of roads along the North's eastern and western highways.

Seoul’s Unification Ministry said around ten working-level officials and engineers left for North Korea on Friday via the transit office on the eastern border in Goseong, Gangwon Province.

The ministry said the inspection of the Donghae Line will be a simple field survey plus working-level discussion, involving no equipment.

After completing the inspection of the eastern line, the South Korean delegation will return to the South before crossing the border again on Monday to inspect the western line.

This comes as the two Koreas are set to hold a groundbreaking ceremony of their joint railway and road project next Wednesday.
Share
Print
List