CCTV Reviews BTS as Among Global Sensations in 2018 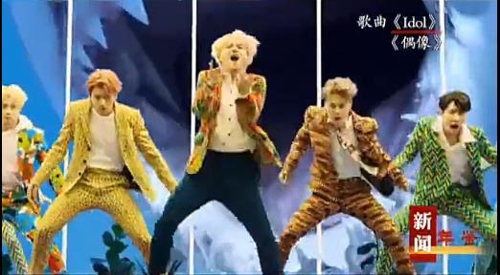 A Chinese state-run television broadcaster has shed light on BTS as a global sensation, praising the K-pop boy group's positive influence on young people across the world.

Sparing around two minutes for the seven-member group, CCTV emphasized that the BBC had called the group “the Beatles for the 21st century” and that U.S. magazine Time picked them as next-generation leaders.

It also noted that BTS' music deals with issues concerning adolescents such as cyberbullying and domestic problems and school violence.
Share
Print
List