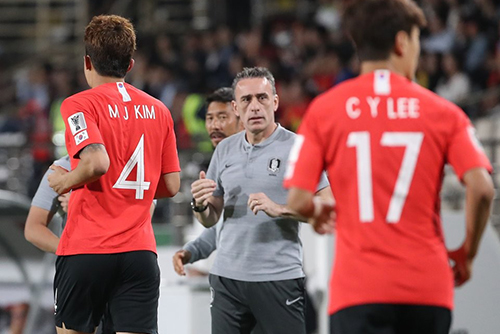 South Korea will face Bahrain in their first knockout match at the Asian Football Confederation(AFC) Asian Cup next week.

Following the completion of the group stage Thursday, Group C winner South Korea has been matched up against Group A third-place Bahrain.

Their round of 16 showdown will begin at 10 p.m. Tuesday, Korea time, at Dubai's Rashid Stadium.

Should South Korea beat Bahrain to advance to the quarterfinals, its opponent will be the winner of the Qatar-Iraq match.
Share
Print
List