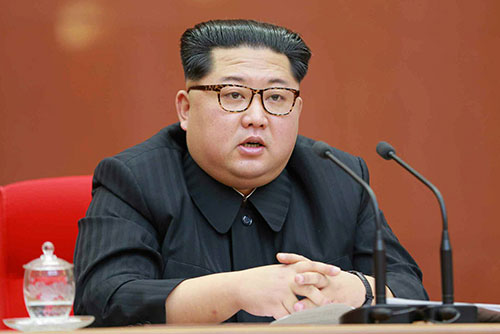 Russia reportedly made a secret proposal last fall that it offer North Korea a nuclear power plant in exchange for the North dismantling its nuclear weapons and ballistic missiles.

Quoting U.S. officials familiar with the discussions, the Washington Post reported on Tuesday that Moscow made the proposal late October last year to resolve deadlocked negotiations between Washington and Pyongyang on the North’s nuclear weapons program.

The U.S. daily said the Russian offer, which intelligence officials became aware of in late 2018, marked a new attempt by Moscow to intervene in the high-stakes nuclear talks.

The report said as part of the deal, the Russian government would operate the plant and transfer all byproducts and waste back to Russia, reducing the risk that North Korea would use the power plant to build nuclear weapons, while providing the impoverished country a new energy source.
Share
Print
List