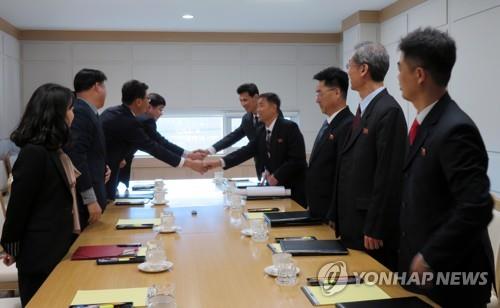 South Korea and the United Nations Security Council(UNSC) have reportedly completed discussions on granting sanctions exemptions for an inter-Korean inspection of roads in North Korea.

According to a diplomatic source on Thursday, the two sides recently wrapped up discussions on the matter, indicating the Security Council has decided to accept Seoul's request for a waiver to bring equipment into North Korea for the joint road survey.

Last month, the two Koreas conducted an on-site survey of roads in the eastern parts of North Korea, but without proper equipment due to UN sanctions on the North.

Seoul filed for a waiver with the Security Council for inter-Korean projects after discussing the matter with Washington and reaching a consensus over the sanctions exemptions during their "working-group" meeting on January 17th.