Trump Getting Ready for 2nd Summit with Kim Jong-un 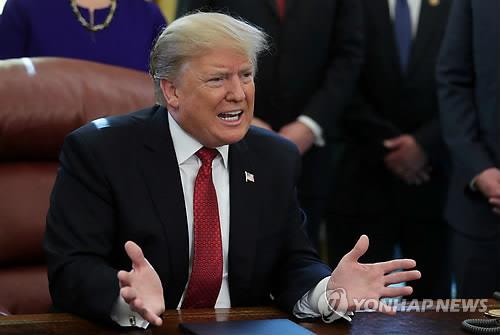 Anchor: Washington is getting ready for the upcoming summit between President Donald Trump and North Korean leader Kim Jong-un slated to be held at the end of February. As President Trump said a date and venue for his second summit with Kim will be announced early next week, his North Korea envoy Stephen Biegun stressed that the American president is ready to end the Korean War.
Kim Bum-soo has more.

[Sound bite: US President Donald Trump]
(Reporter: Do you have an agreement with North Korea on the time and place for that next summit?)
"Ah, yes. I do. Yeah, we're going to announce it pretty soon. We'll be announcing it early next week."

Vietnam's capital Hanoi is being considered as a candidate venue, along with the Southeast Asian country's central coastal city of Da Nang.

After the North Korean leader's envoy met Trump earlier this month, the White House said the second summit will be held at the end of February.

Speaking to reporters at the Oval Office Thursday, President Donald Trump again emphasized that his administration has made progress with North Korea.

Trump's optimism comes as U.S. Special Representative for North Korea Stephen Biegun is gearing up to hold a meeting with his North Korean counterpart early next week, possibly at the truce village of Panmunjeom.

During a lecture at Stanford University Thursday, Biegun said Trump is ready to end the Korean War.

[Sound bite: US Special Representative for North Korea Stephen Biegun]
"President Trump is ready to end this war. It is over. It is done. We're not going to invade North Korea. We are not seeking to topple the regime. We need to advance our diplomacy alongside our plans for denuclearization in a manner that sends that message clearly to North Korea as well. We are ready for a different future. It's bigger than denuclearization."

Media reports from Washington suggested that Trump could announce the exact date and venue for the summit during his State of the Union address on Tuesday.
Kim Bum-soo, KBS World Radio News.
Share
Print
List