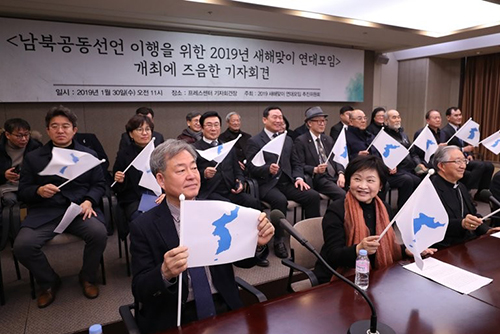 The government has approved a visit to North Korea by a group of South Koreans scheduled to take part in an inter-Korean event at Mount Geumgang next week.

The event, dubbed “New Year Gathering for the Implementation of the June 15th Joint Declaration,” is the first inter-Korean private exchange event to be held this year. South Korean civic groups from various circles, including labor, women and culture, will be taking part.

Unification Ministry Spokesman Baik Tae-hyun told reporters Friday the government approved the visit by some 260 South Koreans for the joint event. The event will last two days at the mountain resort starting from next Tuesday.

However, Baik added that the government refused to grant approval to some South Koreans after taking into account the purpose of the visit, the nature of the joint event and the impact the gathering could have on inter-Korean relations.
Share
Print
List