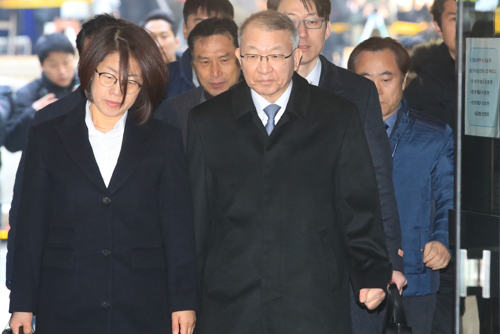 The Seoul Central District Prosecutors' Office indicted Yang on Monday on 47 charges, including abuse of power, dereliction of duty, and fabricating official documents.

Yang is the first former chief of South Korea’s top court to have been arrested as a suspect and to face a criminal trial.

He is accused of instructing officials at the National Court Administration, the top court’s governing body, to interfere in high-profile trials in order to use them as leverage to lobby the office of then President Park Geun-hye to get her approval for the establishment of a separate court of appeals.

Yang is said to have denied most of the charges against him, telling prosecutors that he did not have knowledge about the actions in question, saying working-level staff were involved in such actions.
Share
Print
List