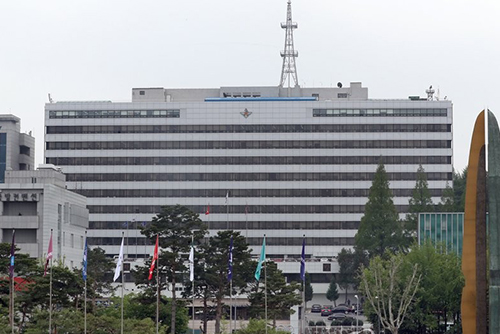 South Korea's Defense Ministry is seeking to set up an operations division that would respond to weapons of mass destruction(WMDs) and nuclear weapons.

A government official said on Tuesday that the ministry is moving to scrap a plan to create a strategic command aimed at countering the North's missiles and nuclear threats, and is instead seeking to create a new division at the Joint Chiefs of Staff to deal with the threats of WMDs and nuclear weapons.

Since 2017, the ministry has been looking into creating a strategic command that would oversee the country’s three-pronged defense system comprised of the Kill Chain preemptive strike system, the Korea Air Missile Defense system, and the Korea Massive Punishment and Retaliation plan, which is designed to annihilate North Korean leadership.

The creation of a strategic command was one of President Moon Jae-in’s campaign promises.

However, the decision to scrap the strategic command was made after the state-run Korea Institute for Defense Analyses concluded that the proposed strategic command would overlap with existing military organizations and undermine operational efficiency.
Share
Print
List