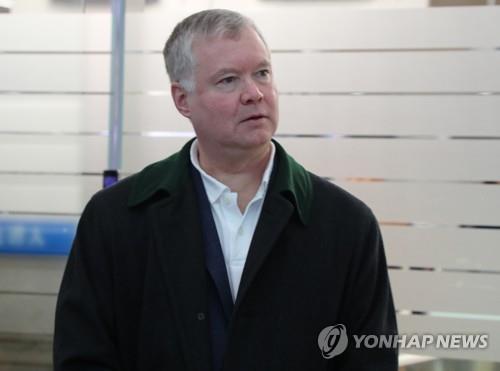 The U.S. special envoy for North Korea said on Monday that Washington and Pyongyang covered more than a dozen items during their pre-summit talks last week.

A South Korean parliamentary delegation visiting Washington told reporters that during a meeting with U.S. Special Representative for North Korea Stephen Biegun, he shared some details of his talks with North Korean officials in Pyongyang.

Biegun reportedly said that the two sides discussed more than a dozen issues and that there was an agreement regarding the agenda for the second summit between U.S. President Donald Trump and North Korean leader Kim Jong-un set for February 27th and 28th in Vietnam.

The dozen issues are thought to be specific measures that will implement the four major points of the agreement reached during the first summit in Singapore in June of last year, when Trump and Kim committed to work toward the complete denuclearization of the Korean Peninsula and as well as build lasting peace in the region.

Biegun added that while there was an agreement for the summit's agenda, both sides would need time to work on their differences before the next round of talks begin.
Share
Print
List