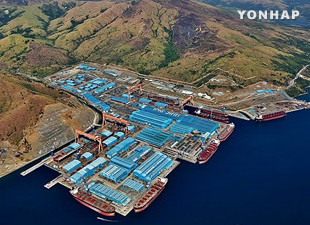 Trading of Hanjin Heavy Industries and Construction(HHIC) stocks has been suspended due to capital erosion tied to a massive loss sustained by its affiliate in the Philippines.

South Korea's main bourse operator, Korea Exchange, warned the company could even be delisted unless it submits evidence by April first that it has resolved the financial problem.

The company's Phillipine affiliate has run a shipyard in Subic Bay since 2004 as part of the efforts to raise its international competitiveness. Hit by declining orders, however, the affiliate filed for court receivership in January.
Share
Print
List