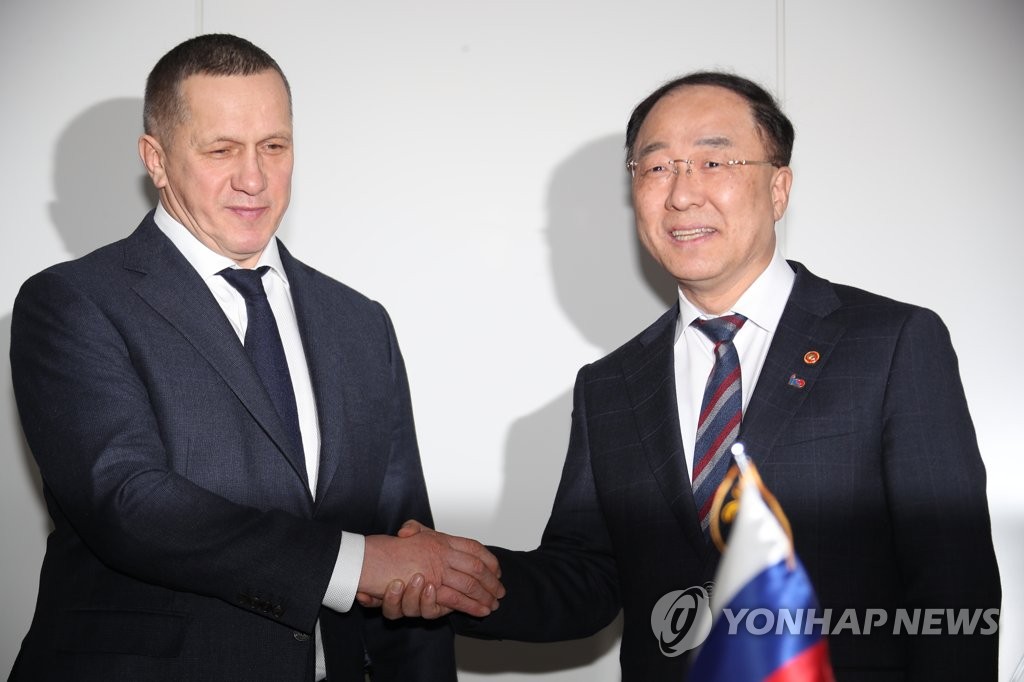 South Korea and Russia have signed joint action plans regarding their economic cooperation in northern regions, including a trilateral partnership with North Korea.

The signing of the plans on the so-called nine bridges was held in Seoul on Wednesday between Economy and Finance Minister Hong Nam-ki and Russia’s Deputy Prime Minister and Presidential Envoy to Russia's Far East Yuri Trutnev.

The nine bridges of cooperation refer to plans proposed by President Moon Jae-in during the Eastern Economic Forum in Vladivostok in September 2017.

They include specific plans to boost the northern economy and efforts for envisioned joint research among the two Koreas and Russia aimed at possible economic cooperation after the issue of North Korea's denuclearization is resolved.
Share
Print
List