S. Korea to Prepare Follow-up Measures to Defense Cost Deal with US 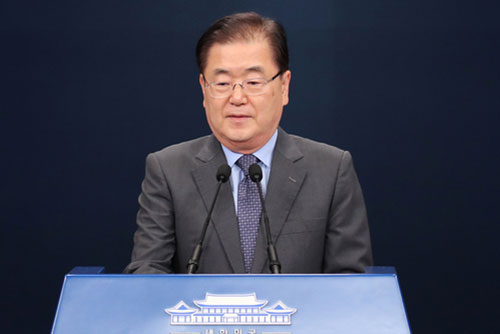 South Korea’s National Security Council(NSC) says the country will be thoroughly prepared for follow-up measures to a recent agreement with the United States on defense cost sharing.

The presidential office said the NSC convened a meeting Thursday presided over by chief of the presidential National Security Office, Chung Eui-yong.

Participants assessed the two allies made a successful agreement through close coordination, adding they will be fully prepared for swift proceedings of follow-up measures.

On Sunday, the two countries signed a provisional agreement to increase Seoul's contribution to about one-point-04 trillion won this year for the operation of the 28-thousand-500 U.S. Forces Korea, up by eight-point-two percent from last year.