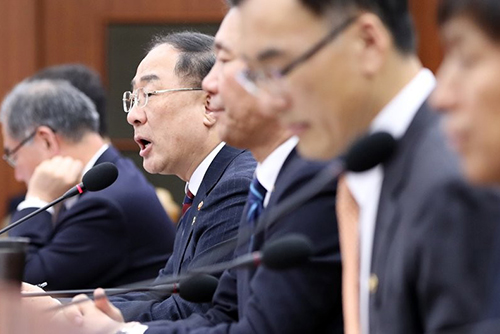 South Korea says it will hold unofficial, preliminary discussions with major members of the Comprehensive and Progressive Agreement for Trans-Pacific Partnership(CPTPP).

Economy and Finance Minister Hong Nam-ki revealed the plan during an economy-related ministers' meeting on Thursday.

He said it is a part of efforts to efficiently cope with growing uncertainty surrounding the global trade environment. However, he cautioned the talks will not be held on the premise South Korea will join the eleven-member treaty.

South Korea has already signed a free trade agreement(FTA) with nine out of the eleven countries except for Japan and Mexico.

In order for an additional country to join them, the applicant should open up its market and accept demands from the eleven inaugural members.