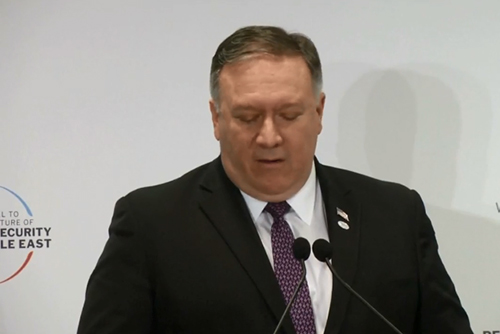 U.S. Secretary of State Mike Pompeo said that the U.S. trusts North Korean leader Kim Jong-un's commitment to denuclearization, but that they will have to verify his commitment.

Pompeo, who is currently visiting Europe, made the remarks on Thursday during an interview with U.S. news organization CBS in Poland ahead of this month's second summit between U.S. President Donald Trump and North Korean leader Kim Jong-un.

Pompeo said Kim repeatedly told Washington that he would denuclearize and that the U.S. will "trust and verify.”

The secretary said that it’s now time for Kim to deliver on his commitment.

Pompeo added that Washington intends to make real progress on each of the "four pillars" Trump and Kim committed to at their first summit in Singapore last June, which included denuclearization and building new relations between the U.S. and North Korea.

He said a team of officials will travel to Asia this weekend in order to continue preparations for the second summit.
Share
Print
List