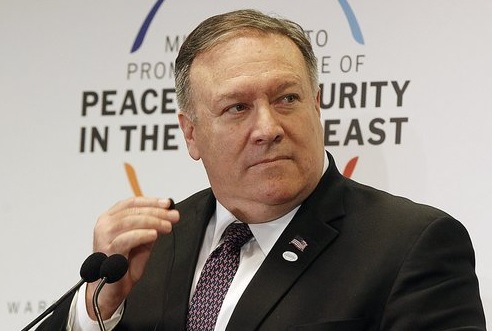 U.S. Secretary of State Mike Pompeo said that the U.S. is firmly committed towards the denuclearization of North Korea, but also hopes to increase dialogue with the North that will foster meaningful changes on the Korean Peninsula.

Pompeo told reports in Warsaw on Thursday during a meeting with Polish Foreign Minister Jacek Czaputowicz that the U.S. is looking forward to making real progress during the second North Korea-U.S. summit, which is set for later this month in Vietnam.

The secretary emphasized that while his country's ultimate goal is to confirm the final, irreversible denuclearization of North Korea, the U.S. is also open to more communication with the North that will "foster reduced tension", reduced military risk, and a brighter future for the North Korean people.

Pompeo added the two sides would not only discuss the pillars of denuclearization that were agreed to during the first summit in Singapore last June, but other topics vital to the interests of both nations.
Share
Print
List