Vice Minister: Export Conditions Not So Good in February, Too 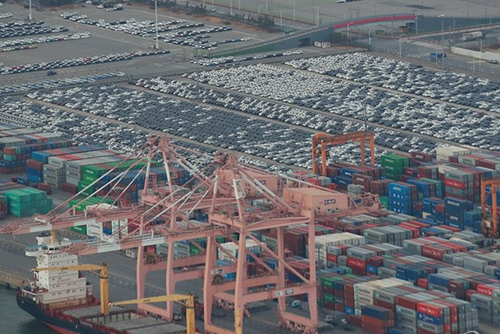 A senior government official said Friday that exports continue to face challenging conditions in February as well because of the Lunar New Year holiday, among other reasons.

First Vice Minister of Economy and Finance Lee Ho-seung chaired meetings on Friday related to inflation and innovative growth strategies and said that conditions at home and abroad surrounding the South Korean economy are tough.

He noted that exports posted minus growth in January and prospects for February aren’t bright, either.