Trump: No Rush for Speed, Sanctions to Remain on N. Korea 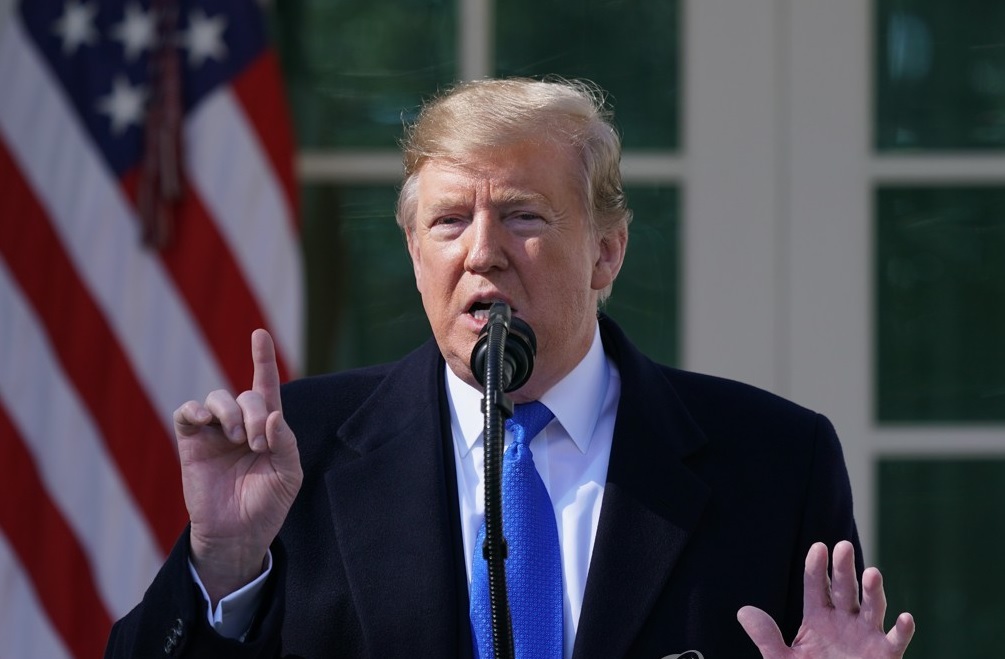 Anchor: U.S. President Donald Trump said sanctions will remain on North Korea and he is not in a rush to remove the regimes' nuclear arsenal. Instead, ahead of his planned meeting with North Korean leader Kim Jong-un, Trump tried to highlight what the North can achieve through denuclearization.
Kim Bum-soo has more on Trump's latest news conference.

Report: Ahead of his meeting with North Korean leader Kim Jong-un later this month, U.S. President Donald Trump has again highlighted the economic potential of the reclusive state.

[Sound bite: US President Donald Trump]
"... we think that North Korea and Chairman Kim have a tremendous potential as an economic force, economic power.  Their location between South Korea and then Russia and China — right smack in the middle — is phenomenal."

Speaking during a White House news conference on Friday, the American president addressed a wide range of issues, including the denuclearization of North Korea.

[Sound bite: US President Donald Trump]
"But we hope we’re going to be very much equally as successful.  I’m in no rush for speed.  We just don’t want testing.  The sanctions, as you know, remain.  Everything is remaining."

Just a day earlier, U.S. State Secretary Mike Pompeo hinted that at the upcoming meeting Washington may be more focused on further easing the military tension on the peninsula rather than immediately lifting sanctions.

[Sound bite: US Secretary of State Mike Pompeo]
"That’s not just along the denuclearization pillar of what they agreed to in Singapore, what the two leaders agreed to in Singapore. We’ll certainly talk about how we foster reduced tension, reduced military risk, take down that risk so that we can get peace and security on the peninsula as well."

For the second Trump-Kim summit on February 27th and 28th in Hanoi, U.S. Special Representative for North Korea Stephen Biegun is expected to hold more sessions with his North Korean counterpart next week to fine-tune details.

During his Rose Garden news conference, Trump said that his administration has already accomplished “a lot” on the nuclear issue.

While noting former President Barack Obama said he was close to starting a big war with North Korea, Trump claimed he diffused the situation, and for that, Japanese Prime Minister Shinzo Abe nominated him for the Nobel peace prize. Trump added that he will probably never get it.
Kim Bum-soo, KBS World Radio News.
Share
Print
List