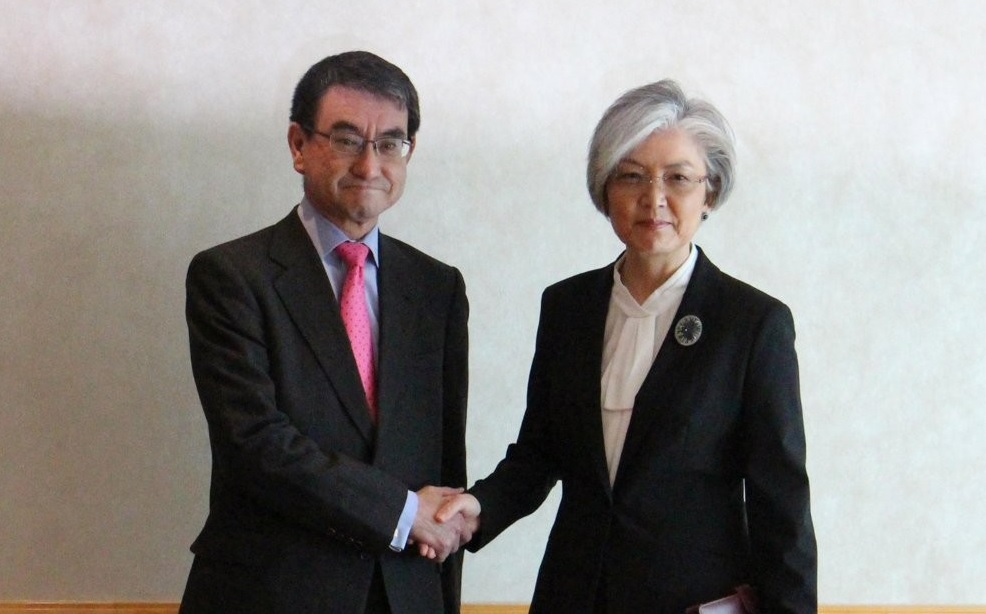 Foreign Minister Kang Kyung-wha held talks with her Japanese counterpart Minister Taro Kono on Friday on the sidelines of the Munich Security Conference in Germany.

Minister Kang expressed anticipation for a successful North Korea-U.S. summit scheduled later this month and proposed that Seoul and Tokyo work together to produce real progress in complete denuclearization and lasting peace.

Japan's top diplomat also hoped for a substantive outcome from the North-U.S. summit and communication to continue with Seoul and Washington regarding Korean Peninsula affairs.

The two officials also noted that their meeting comes three weeks after they last held talks during the World Economic Forum in Davos, Switzerland.

Seoul's Foreign Ministry said the two sides agreed that it's all the more important to continue communication and exchanges on various levels when bilateral relations are strained.
Share
Print
List