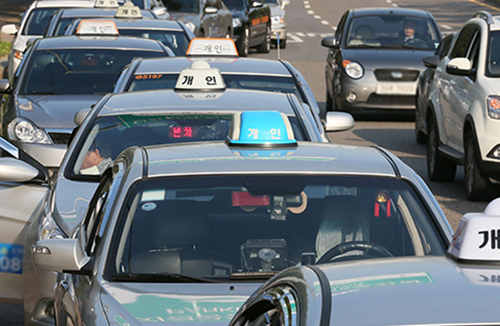 The base taxi fare in Seoul rose to 38-hundred won starting Saturday. The hike took effect from 4 a.m.

The base fare has risen about 27 percent from three thousand won. The base rate for late hour rides applied from midnight to 4 a.m. has also jumped from 36-hundred to 46-hundred won.

The starting fare for large-sized and deluxe taxis has increased by 15-hundred won to 65-hundred won.

This is the first rise in fees since October 2013.

The standard distance and time unit fee has also changed. This means the fare will rise more quickly.

The Seoul Metropolitan Government will update taximeters for some 70-thousand cabs in line with the new changes over the next two weeks.

Passengers riding in taxis without the updated hardware can still pay the adjusted fee based on a fare chart displayed inside the car.
Share
Print
List