'Kim Jong-un to Arrive in Vietnam on Feb. 25 Ahead of Trump Summit' 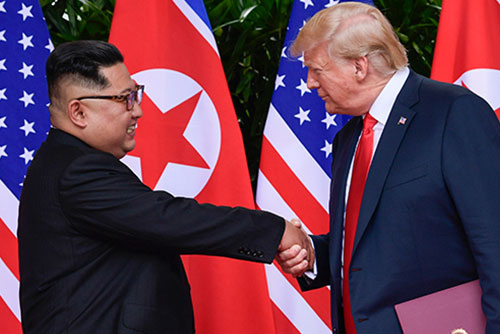 North Korean leader Kim Jong-un will reportedly arrive in Vietnam on February 25th for a state visit ahead of a planned second summit with United States President Donald Trump.

Reuters issued the report on Saturday, quoting three sources with direct knowledge of Kim's schedule. Trump and Kim are set to meet in Hanoi on February 27th and 28th following their first summit last June in Singapore.

The report said Vietnam's president and general secretary of the ruling Communist Party, Nguyen Phu Trong, will meet Kim next Monday ahead of a planned trip by Trong to Laos, which is set from next Monday to Wednesday.

The sources said Kim will meet with Vietnamese officials in Hanoi and also visit the Vietnamese manufacturing base of Bac Ninh and the industrial port town of Hai Phong.