N. Korea, US Likely to Hold Pre-Summit Talks This Week in Hanoi 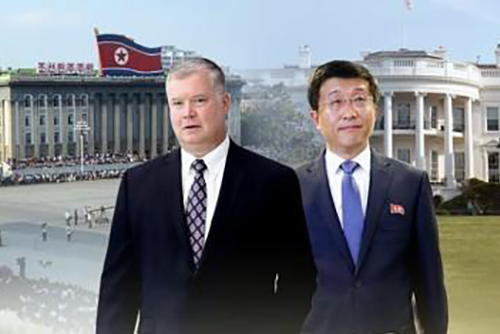 North Korea and the United States are expected to hold working-level talks this week in Vietnam to discuss agenda and preparations for their second summit set for late this month in Hanoi.

A source in Vietnam said on Saturday that U.S. officials in charge of the summit's agenda will arrive on Tuesday in Hanoi.

The U.S. officials are expected to hold a second round of pre-summit working-level talks this week when North Korea's special representative for U.S. affairs Kim Hyok-chol arrives in Hanoi.

Earlier this month, Kim held pre-summit talks with his U.S. counterpart Stephen Biegun in Pyongyang to discuss the summit's agenda. In the planned talks, the two sides are expected to focus on fine-tuning other details and drafting the summit agreement.