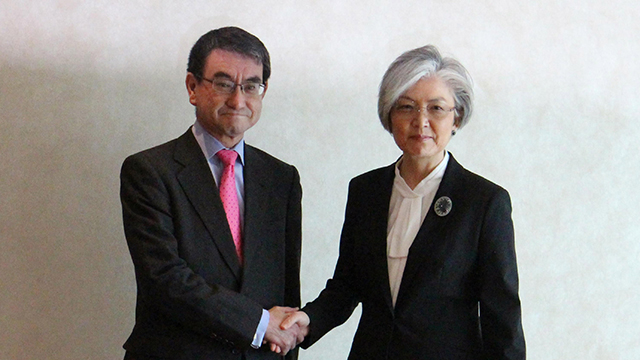 According to Japan's Kyodo News and NHK on Sunday, Kono told reporters on Saturday that he expressed his regret over the matter during a meeting with South Korean Foreign Minister Kang Kyung-wha held on the sidelines of the Munich Security Conference in Germany on Friday.

Kono reportedly told Kang that he was stunned by Moon's remarks and found them regretful.

The Japanese foreign minister is reported to have said he also asked the Seoul government to properly respond to the matter, demanding an apology and Moon's withdrawal of the remarks.

Kyodo News earlier reported that Kono lodged a complaint over the assembly speaker's remarks during the talks with Kang, which the South Korean government denied.
Share
Print
List