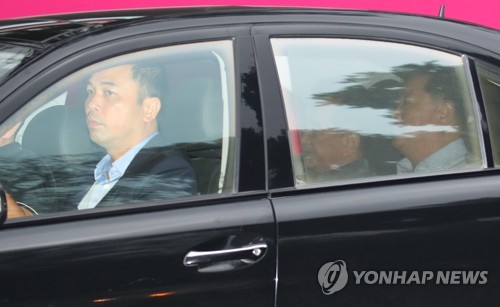 A close aide to North Korean leader Kim Jong-un reportedly checked the areas around the smartphone manufacturing facilities of Samsung Electronics in Vietnam on Sunday.

A source said that Kim Chang-son, the North Korean leader's de facto chief of staff, departed the Vietnamese government's guesthouse at around 7 a.m. Sunday and headed to Bac Ninh, a province in northern Hanoi, where the South Korean tech giant's smartphone plant is located.

Kim reportedly surveyed the area by vehicle. He is said to have checked another area in Thai Nguyen outside Hanoi, where Samsung's other manufacturing plant is located.

The reported trip raises speculation that the North Korean leader may visit Samsung's manufacturing facilities during his possible state visit to Vietnam around the time of his second summit with United States President Donald Trump late this month in Hanoi.
Share
Print
List