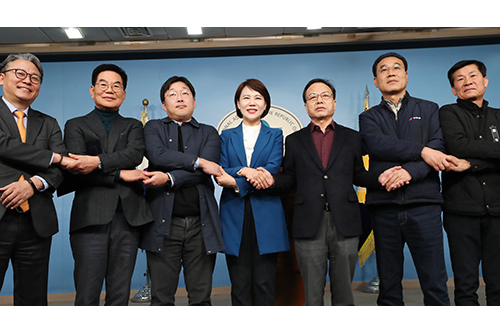 The taxi industry and Kakao Mobility have agreed to the online cab-hailing company's operation of a carpooling service.

A dialogue committee of ruling party lawmakers, the government, the taxi industry and Kakao Mobility announced the agreement on Thursday.

Under the accord signed at the parliament, Kakao Mobility will launch a ride-sharing service during weekday commuting hours between seven and nine a.m. and six and eight p.m.

To ensure the livelihood of the nation's cab drivers, taxi operators also agreed to devise a better salary system.

Under the current system, drivers are obliged to make mandatory daily payments to their employers.