38 North: No New Activity Since Mar. 8 at Dongchang-ri Missile Site 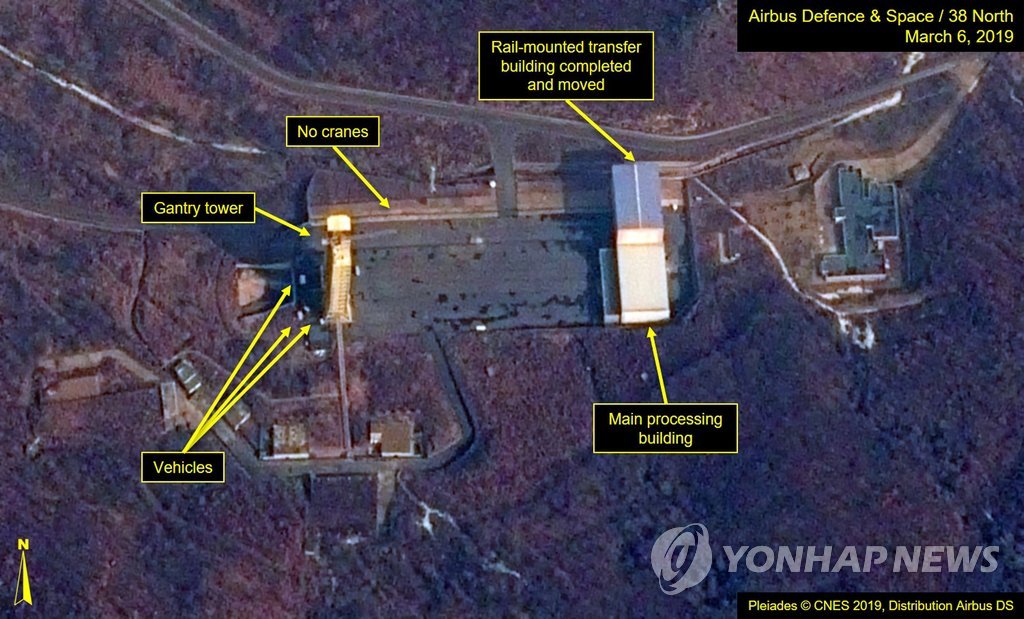 A U.S.-based Web site monitoring North Korea has assessed there is no new activity at the North's Sohae Satellite Launching Station in Dongchang-ri.

38 North said on Wednesday that recent commercial satellite imagery of the missile site shows no changes to the launch pad or engine test stand between last Friday and Wednesday.

The Web site said according to imagery from last Friday, the construction observed over the past few weeks seems to have been completed and the two facilities have been cleared of debris.

At the launch pad, the rail-mounted transfer/processing structure has been moved to the edge, while the environmental cover is closed around the gantry tower. Imagery from Wednesday shows the transfer structure remains in the same position.

According to 38 North, construction on the engine support structure seems to be complete, while the rail-mounted environment shelter has been rebuilt and positioned near the vertical engine test stand. Images from Wednesday revealed that the shelter remained in the same position.
Share
Print
List