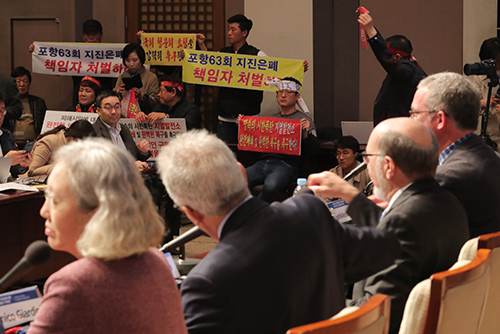 A government research team has concluded that a geothermal power plant triggered the massive quake that rattled the southeastern port city of Pohang in 2017.

The team, which included experts from the Geological Society of Korea, announced in a news conference on Wednesday that the Pohang quake resulted due to a nearby geothermal power plant injecting water into the ground.

The Ministry of Trade, Industry and Energy had set up the government research team, comprised of experts from both home and abroad, to look into the correlation between the Pohang quake and the geothermal power plant nearby. The team conducted intensive inspections since March of last year.

There had been two main theories as to what caused the Pohang quake, one being the geothermal power plant and the other being natural causes.
Share
Print
List