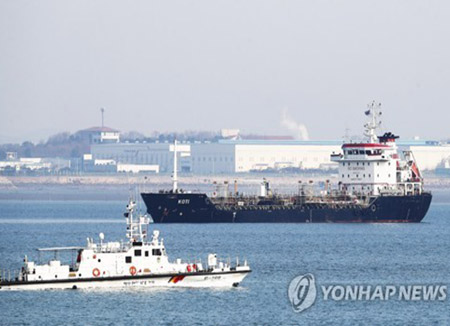 The United States has dispatched a Coast Guard vessel to Japan to strengthen monitoring of possible breaches of international sanctions on North Korea.

The U.S. Indo-Pacific Command said on Tuesday that the four-thousand-500-ton Bertholf arrived in Sasebo in Nagasaki Prefecture on March third.

The Coast Guard ship has been tasked with patrolling the East China Sea to crack down on possible ship-to-ship transfers of banned items under the UN Security Council resolutions against the North, such as fuel and coal.

After the collapse of the second summit between the North and the U.S. in Hanoi, the ship’s deployment is seen as a signal that the U.S. will strengthen sanctions on the North unless the regime makes sincere moves for denuclearization.
Share
Print
List