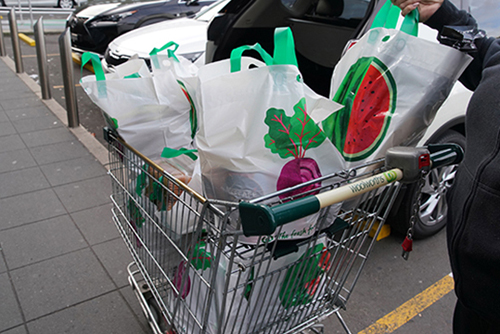 Seoul City will ban the use of disposable plastic bags at big supermarkets and shops starting next month.

Under the revised law on the use of recyclable waste, the city plans to prohibit single-use plastic bags at large-sized supermarkets and bakery shops.

However, stores will still be allowed to offer thin-film plastic bags that are used to contain wet items such as fish, meat and other similar merchandise.

Stores that violate the ban could face fines of up to three million won.

The city government has been encouraging the affected stores to observe the ban, which took effect in January, but it will now impose fines without warnings after the end of the three-month grace period.
Share
Print
List