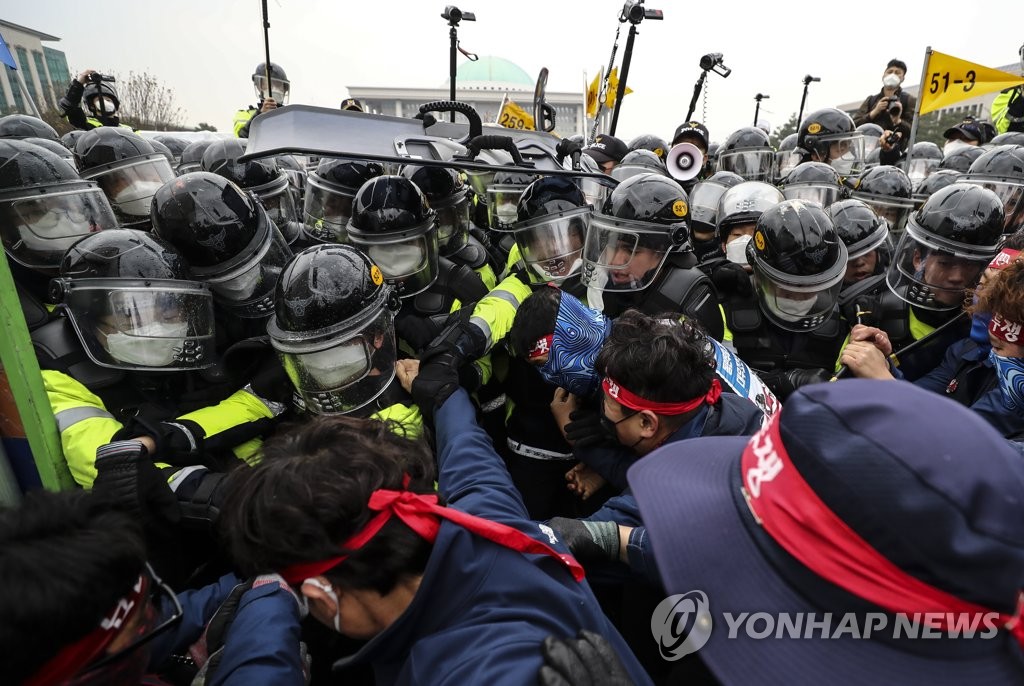 The Korean Confederation of Trade Unions(KCTU) held a massive rally on Wednesday calling for the ratification of the key conventions set forth by the International Labor Organization(ILO).

The umbrella labor union says that the government and the National Assembly are trying to push the flexible work hour and minimum wage system without upholding the ILO conventions.

The union is arguing that the initiatives would be a change for the worse.

The KCTU said about ten-thousand unionists attended the rally in front of the National Assembly.