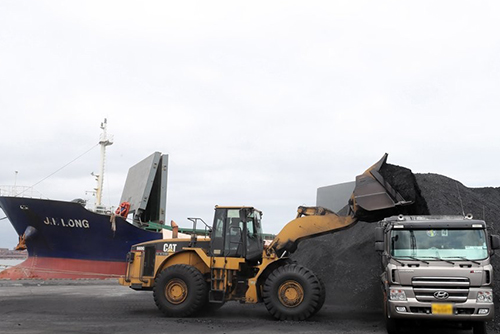 A South Korean ship is currently being detained at a port in the southern city of Busan for alleged violations of UN Security Council sanctions against North Korea.

According to a Foreign Ministry official on Tuesday, the seven-thousand-800-ton tanker is suspected to have been involved in a ship-to-ship transfer of oil with a North Korean tanker in 2017.

The ship was reportedly caught at Yeosu Port in October of last year and transported to Gamcheon Port in Busan and has been in detainment since.

It's the first time a South Korea-flagged ship is being detained under suspicions of violating international sanctions against the North, although the U.S. Department of Treasury did include a South Korean vessel on their list of ships that may have carried out ship-to-ship transfers with North Korea.
Share
Print
List