Pompeo: US Aims to Achieve FFVD of N. Korea 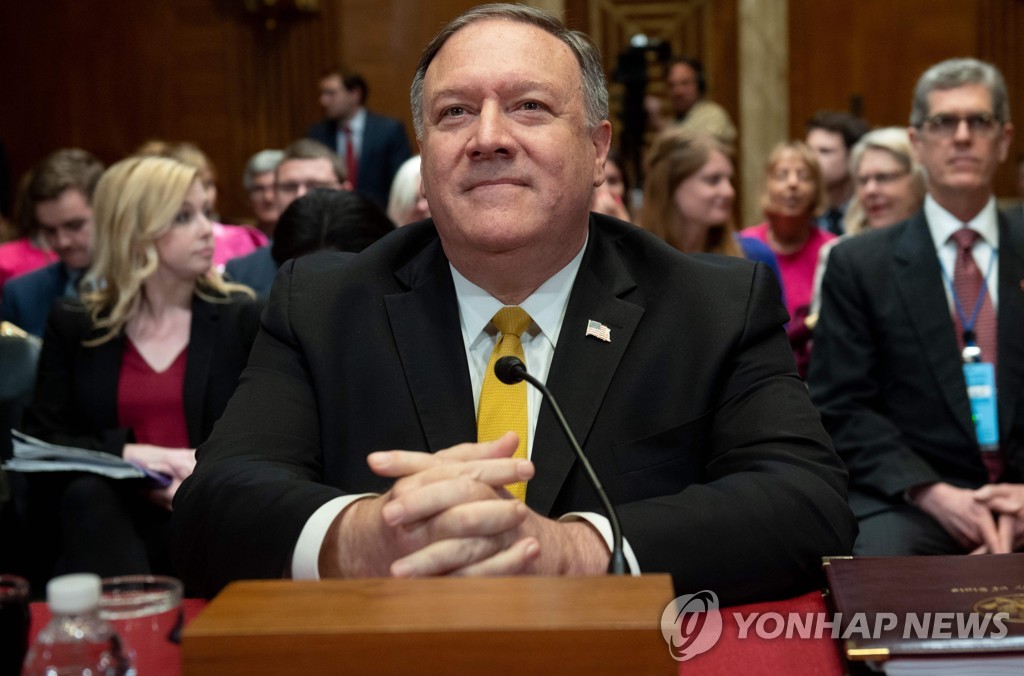 U.S. Secretary of State Mike Pompeo said that the goal of U.S. diplomacy on North Korea is to achieve the North's final, fully verifiable denuclearization and reduce the risk posed by conventional weapons.

Pompeo made the remarks on Tuesday before the Senate Appropriations Subcommittee when asked to state the U.S. objective in dealing with the North.

During the Senate hearing, Pompeo said the U.S. objective is to achieve a fully denuclearized peninsula and greater peace, along with less risk in conventional weapons and a brighter future for the North Korean people.

While Pompeo often remarks that the goal of negotiations is the North's final, fully verified denuclearization, he has rarely mentioned reducing the risk of Pyongyang's conventional weapons.

The secretary also agreed with the notion that North Korean leader Kim Jong-un is a "tyrant," when asked whether he would use the same word to define Venezuelan President Nicolas Maduro.
Share
Print
List