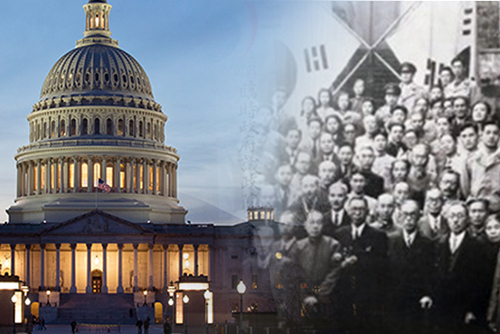 U.S. lawmakers introduced a resolution recognizing the establishment of Korea's provisional government in China in 1919.

The resolution was submitted to both the House of Representatives and the Senate on Wednesday ahead of the 100th anniversary of the April eleventh establishment of the government-in-exile in Shanghai during Japanese colonial rule of Korea.

The resolution says the provisional government was established on April eleventh in 1919 and dissolved later, while the Republic of Korea was launched on August 15, 1948.

It also said the U.S. Congress recognizes the formation of the provisional government 100 years ago as fundamental to the vibrancy, success and prosperity of the Republic of Korea's democracy.

It's the first time the U.S. Congress has sought a resolution formally recognizing the provisional government.
Share
Print
List