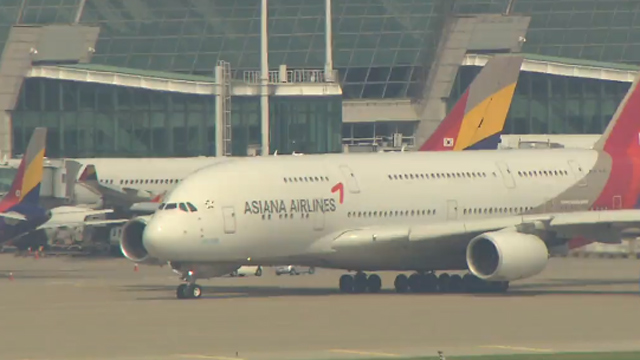 Kumho Asiana Group has decided to sell its flagship airline unit as part of self-rescue measures.

The board of directors at the group's holding company, Kumho Industrial, made the decision during a closed-door meeting on Monday, and will soon name a managing company to oversee the proposed sale.

Earlier in the day, former Kumho Asiana Group Chairman Park Sam-koo and his son Se-chang, the president of Asiana IDT, submitted the group's self-help plan, including the proposed sale of Asiana Airlines, to its main creditor Korea Development Bank(KDB).

The state-run KDB is expected to convene a creditors' meeting later on Monday to review the conglomerate's revised plan.

Last week, Kumho Asiana asked KDB for an additional 500 billion won in emergency loans and pledged to sell off Asiana Airlines should it fail to meet creditors' demands in three years.