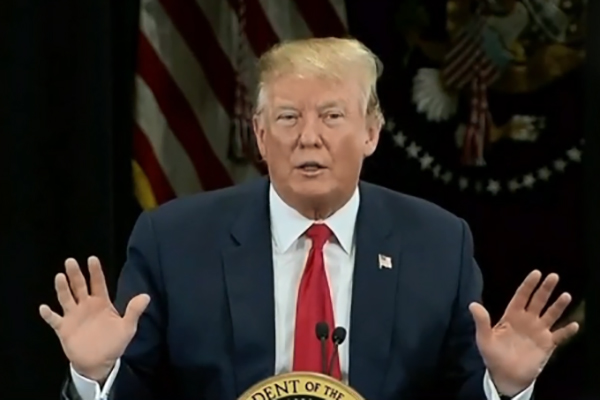 U.S. President Donald Trump has reiterated his positive views on having further talks with North Korea on the regime’s denuclearization.

Speaking at a business roundtable in Burnsville, Minnesota on Monday, Trump said he has a good relationship with North Korean leader Kim Jong-un.

In reference to Kim’s recent remarks that he is open to a third North Korea-U.S. summit, Trump said “Talk is okay.”

Last Friday, Kim spoke at his country's rubber-stamp parliament and said while his personal relationship with Trump remains good, he wanted the U.S. to show more flexibility in denuclearization talks by the end of the year.

Trump said he does not want the process to move quickly, adding “it doesn't have to move fast."

The president's remarks reflects Washington’s basic stance that it will keep the door open to dialogue with Pyongyang, while maintaining a big deal approach under which the North will be required to give up all of its nuclear weapons in return for the lifting of sanctions.
Share
Print
List